I’m generally hesitant to review movies that viscerally affect me the way that The Body Remembers When The World Broke Open did. I couldn’t bring myself to review Noah Baumbach’s Marriage Story for this reason. But when a movie is packed with this much craft and topical import… only to be abruptly tossed onto Netflix’s ever-growing slush pile (at least here in the US), I feel obligated as a film fan to tell as many people as possible about the cinematic experience they may be missing out on.

Elle­ Máijá Tailfeathers’s and Kathleen Hepburn’s The Body Remembers When The World Broke Open is a heartrending and gripping story told with the humanity of a mother’s lullaby. The film not only has two stellar central performances to make its world believable, but it also uses a single-take conceit in a rare, non-gimmicky fashion to capture every emotion of its characters.

A Warning: Domestic abuse is a central topic which The Body Remembers examines realistically and unflinchingly (Although never to the point of gratuity; there’s no onscreen depiction of violence.) Missing and murdered Indigenous women, unwanted pregnancy, and abortion are tangential to the themes of the film as well. If any of these topics make you feel sensitive, be prepared.

The Body Remembers chronicles the meeting and exchange between two Indigenous women during one fraught afternoon in Vancouver. In the midst of one of her abusive boyfriend’s violent episodes, Rose meets Áila on the street while trying to lay low. Áila, a half-white, half-Blackfoot woman, takes it upon herself to help the young Kwakwaka’wakw woman Rosie leave her abusive relationship, hoping to save the lives of both Rosie and Rosie’s unborn child. But Áila doesn’t realize just how far apart her and Rosie’s experiences are. Even through a long series of intense and intimate conversations, the two of them struggle to reach an understanding.

The camera (directed by Tailfeathers and Hepburn and operated by Beyond the Black Rainbow d.p. Norm Li) keys us into every beat of their conversations. The film is shot mostly in close-up, with only one character’s expressions visible for long stretches of time. It’s a very isolating effect that makes the moments where Áila and Rosie do connect feel all the more earned and powerful.

As Áila, Elle­ Máijá Tailfeathers brings some much-needed nuance to the role of Rosie’s savior. Even though Áila shows some savviness in convincing Rosie to somewhat trust her, and has struggled herself as an Indigenous woman in a colonial society, she’s still very clearly out of her depth when it comes to relating to Rosie on a non-superficial level. With Áila’s character, The Body Remembers walks us through the numerous differences between sympathy and empathy.

Violet Nelson is even more impressive as Rosie, portraying a multifaceted, solitary fighter who hasn’t let her abuse completely destroy her imagination. Rosie is a wonder to both watch and hear, as Nelson seamlessly blends her witty perceptiveness and youthful aplomb with her submerged rage and effort to hold back tears. Rosie alternates between showing Áila affection and calling her a “dumb white bitch,” but you will believe she means it in any case.

The Body Remembers is edited almost entirely in real-time, with the appearance of one continuous shot for the majority. It’s basically a two-hander, with Áila and Rosie always at the focus, and other characters’ faces rarely coming into frame (with the exception of one sequence whose hopefulness will melt your heart.) The continuous shot and close framing definitely adds to the intense and suffocating nature of some of the film’s set pieces, but it also opens up a whole canvas of emotions that I don’t feel we get to see very often in film.

The Body Remembers When the World Broke Open (whose title is lifted from a Billy-Ray Belcourt essay) is an essential work in several respects, but in this review, I’ll just leave you with the suggestion to watch it if you want something that will completely engage you for two hours and leave you emotionally raw when it’s over.

The Body Remembers When the World Broke Open is available to stream on Netflix in the US and will be in limited theatrical release in Canada later this year. 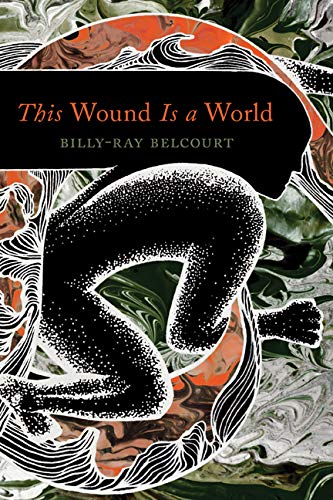 This Wound Is a World

JM Mutore was a carbon-based, NYC-based writer and film journalist. Our data shows he was confined to four dimensions, but through cinema, Frank Herbert, and Octavia Butler, he occasionally found freedom. Remnants of his consciousness can be located on Twitter (@JM3K).