About 15 minutes or so into Hustlers, Constance Wu's Destiny – and the audience – first lays eyes on Jennifer Lopez's Ramona, a seasoned stripper who takes the stage in what is clearly more than just a performance; it's an event. The camera, under the direction of Lorene Scafaria, does not leer at Ramona as she glides around the pole with a smooth agility that can only be described as otherworldy. She is sexual but not objectified; she transcends the conventional boundaries of sexuality. Men, in an act of supplicant worship, eagerly throw heaps of dollar bills that rain down around Ramona before settling at her feet. Women are in awe of her. The camera is in awe of her. As she glides into a split and bounces in time to the sultry, serpentine vocalizations of Fiona Apple's "Criminal," we see her the way Destiny does: A hero. An enchantress. She has power, and she wields it with grace.

The female gaze is a hell of a thing.

Imperceptible to men who've long been nurtured by media that is predominantly – homogenously – told through their own eyes. Not unlike seeing Patty Jenkins' Wonder Woman for the first time, the experience of watching Hustlers is akin to having a veil lifted from your eyes. The female gaze shouldn't feel like this rare, remarkable thing, and yet it evokes an emotion so distinctly potent. It is at once: sheer joy; the feeling of looking into a mirror and truly seeing yourself – the real you, the you you've always perceived yourself to be, dug out from deep inside, guts and all – reflected back at you; the bittersweet tang of melancholy at the realization that this is the exception and not the rule.

Based on Jessica Pressler's riveting New York magazine article "The Hustlers at Scores," Hustlers tells a bold, empathetic story of the haves and have nots – a tale as old as time: Destiny is struggling to make ends meet while living with her grandmother, so she takes another gig at another strip club. There, she meets Ramona and a world of diverse women (including Lizzo, Trace Lysette, and Cardi B) who show her how to wield her sexuality for maximum gains. "Drain the clock, not the cock," instructs Cardi B's Diamond in what feels like a feminist inversion of Tom Cruise's "Respect the cock, tame the cunt" sermon in Magnolia. Ramona takes Destiny under her fur coat-covered wing, and together they make for an unstoppable pair, milking the wallets of their wealthy Wall Street clientele until a series of unfortunate events – including the financial crash of 2008 – tear Ramona and Destiny away from each other. Forced to work retail jobs that barely pay for bus fare, let alone rent in New York, Ramona and Destiny struggle until the latter reluctantly returns to the strip club and the dynamic duo are unexpectedly reunited. But this time, as Dorothy explains to an investigative journalist (Julia Stiles) in the film's "present," Ramona has a few tricks up her sleeve: In the wake of the financial crash, the men of Wall Street have become more reluctant to part ways with the almighty dollar, so Ramona lures them in at bars, doses them with a makeshift party drug (MDMA mixed liberally with Ketamine), and drains the hell out of their credit cards without removing a single stitch of clothing.

Pressler's article painted these women as modern Robin Hoods, robbing from the rich to give to the poor, but Scafaria's film lends the story additional nuance and vitality. It's an empowering work of cinematic feminism, warts and all – quite literally, as Scafaria's camerawork never shies away from fine lines and visible pores, dimples in thighs that easily jiggle, breasts that are not the airbrushed and symmetrical ideal, obviously over-lined lips; where the filter of the male gaze softens and corrects imperfections, the female gaze enhances what we've internalized as "flawed." Those pieces of our bodies we never hated until a magazine or TV show or our own mothers told us we should. And like all idealistic pursuits, even and especially those with the best of intentions, the feminism of Ramona and her crew – soon joined by Lili Reinhart's Annabelle and Keke Palmer's Mercedes – is vulnerable to corruption. As Ramona brings in another "stray" (Madeline Brewer's Dawn), the contagion of her greed escalates, festering into a poison that threatens to destroy everything these women have built. "I thought there was this magic number," Destiny says to the journalist in an effort to explain why they didn't just stop hustling when they had accumulated a decent chunk of change. The dissolve is familiar: the hustle itself becomes addictive, the greed eclipses the need. Their actions, once driven by a desparate desire to live, are now driven by hideous hubris. The "magic number" does not exist because you cannot fill a bottomless void.

Hustlers has drawn the predictable comparisons to Magic Mike – another film that humanized strippers, explored a distinctively American approach to hustling, and featured a buzzy performance from an older star in a paternal role (Matthew McConaugey). Those comparisons are surface-level at best: Scafaria's film has more in common with Magic Mike's sequel, Magic Mike XXL – a joyous cinematic experience that felt revolutionary in that it was a film by men and about men that treated female desire with enthusiastic reverence. That's not to say that Jennifer Lopez's performance isn't worhty of the buzz around it; in fact, she's more deserving of an Oscar nomination than McConaughey was for essentially playing himself – but with festive accessories and tear-away pants! – in Magic Mike. Lopez delivers a performance on the level of Robert De Niro in his prime, during that second wave with Martin Scorsese, which would make Wu – who turns in equally phenomenal work – her Ray Liotta or Joe Pesci. With that said, Hustlers is more Casino than Goodfellas – if Casino were directed by a woman and told through the eyes of Sharon Stone's character.

I'll say this, and the comparisons end here: Hustlers does for stripper movies what Wonder Woman did for superhero films, and what Greta Gerwig did for fictional female friendships, and what Nora Ephron did for the rom-com. It is truly special. 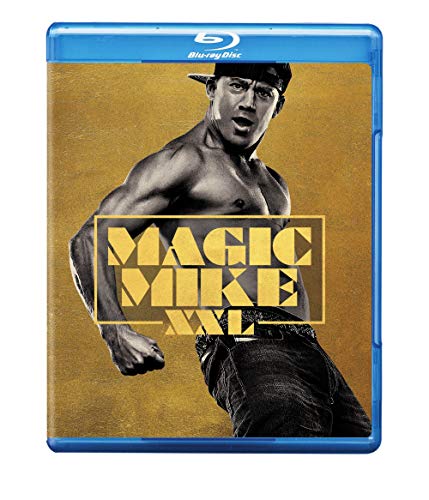