No stranger to turning subgenres inside out, Rian Johnson has returned from his Star Wars tenure in a big way with Knives Out, a culmination of the kind of self-aware, post-modern filmmaking that made his name. A meticulously and ingeniously crafted whodunnit in the style of Agatha Christie, the film subverts and mutates the template of the murder mystery into something new, surprising and extremely entertaining. The stakes of Knives Out are constantly shifting and the game is constantly changing, as Johnson creates a framework in which the very conventions of the whodunit become the adversary.

The set up is familiar: Harlan Thrombey (a wryly charming Christopher Plummer), a distinguished, wealthy crime novelist has been murdered in his stately family home after his 85th birthday. While the death is at first considered a suicide, it’s soon considered foul play - and everyone is a suspect (one of the inspectors, played by LaKeith Stanfield, notes that the man “practically lived on a Clue board”). Enter Benoit Blanc to solve the mystery, a famed private investigator recognized by members of the Thrombey family from a “tweet about a New Yorker article”, and played marvelously by Daniel Craig. Craig’s performance recalls his entertaining comic performance from Soderbergh’s Logan Lucky, as a Foghorn Leghorn-sounding Columbo, channeling the detective through a comically strong accent.

The Thrombey family is one built on entitlement (and an extremely stacked cast), with members ranging from a creepy “Nazi child” to the kind of performative white liberals that populate Jordan Peele’s Get Out. Johnson uses both the mystery and the question of inheritance to expose their entitlement and toxic opinions to hysterical effect. Everyone is on fire, particular highlights coming in the form of Michael Shannon playing a twitchy, high pitched son happy to play second fiddle to his father, Don Johnson as a loud, brash and insensitive older brother, Jamie Lee Curtis as a curt and dismissive matriarch. Chris Evans, dressed in a range of cozy sweaters, plays against type as the black sheep of the family, amusingly fighting off the family dogs (and, in turn, his soft online persona) in the first scene in which he appears.

It’d be easy to slip into caricature with characters as eccentric as these but all involved bring very human performances, which feels essential when the film gets to lampooning the political attitudes of the rich. Toni Collette might be the main exception, leaning over into (still very funny) parody as an approximation of Gwyenth “GOOP” Paltrow, complete with a line of snake-oil health products named "FLAM". And while this star-studded line-up is never less than a pleasure to watch, Ana De Armas is truly the film’s secret weapon as Marta, the family’s long-suffering servant.

The dialogue is already crackling before it starts lampooning the state of contemporary American politics, and truly sings once the film opens up a heated conversation between family members, all with varying political alignments, that puts them at odds. The only thing tying them together is their repeated leaning on the fact that Marta’s family is from South America (specifically, Uruguay, Paraguay or Brazil, depending on which Thrombey family member you ask). It’s not a spoiler to say that the film’s sympathies lie with Marta, but to elaborate on how and why would be to give away the great, intricately constructed game that Johnson has built.

And what a game it is, mixing toxic MAGA politics with the entitlement of the rich, occasionally feeling like a direct riposte to the kind of crazed racists that chased Kelly Marie Tran off of social media. At points, the film matches Get Out’s skewering of performative white liberals and centrists, who mask a racism just as insidious as their louder, cruder right-wing counterparts. It might be the only film to tackle Trump in a way that doesn’t feel frivolous or immediately dated (perhaps a side effect of Johnson’s very online nature) avoiding simply throwing out buzzwords, instead taking care in deconstructing and mocking the attitudes that have created them.

Knives Out is a machine fuelled by dramatic irony and a strong eat-the-rich energy from about the 30-minute mark, as Johnson begins to tip his hand. It’s easy to be fooled into wrongly thinking that you’re a step ahead of the film's incredibly smart script, Johnson once again proving to be an efficient extremely canny, self-aware screenwriter, forever a step ahead of his audience, and calling back to even the smallest throwaway jokes at pivotal moments. Frequent collaborator Steve Yedlin’s camera glides through the ornate Massachusetts country home, honing in on every absurd and delightful detail - a lot of fun is had with a large, circular centerpiece constructed from knives. It might not be quite as flashy as his work on Looper or Star Wars: The Last Jedi, but more than makes up for that with more excellent visual gags than one can count. In tandem with Nathan Johnson’s winking, throwback score, the film feels as though it occupies a space between the past and present between its homage setup and pointedly modern dialogue.

It all builds to what might be the most satisfying final shot of the year, a moment of unexpected and perfectly set-up catharsis, Johnson reinventing the Columbo “one more thing” moment in a manner that’s as sweet as it is enthralling. Where Brick transplanted a neo-noir, hard-boiled detective story into a high-school and Looper took time travel and dystopian sci-fi to a far, Knives Out takes the Agatha Christie whodunnit and places it in the home of contemporary, Trump-aligned rich families. It feels very of the moment, and effortlessly so, taking almost perverse pleasure in misleading the audience with numerous twists, turns and homages to great detective literature and television. Johnson’s devious script jigsaw puzzled together from pop culture references and homages is only bolstered by an excellent cast used smartly and sparingly, all building towards the most singularly entertaining film of the year so far. 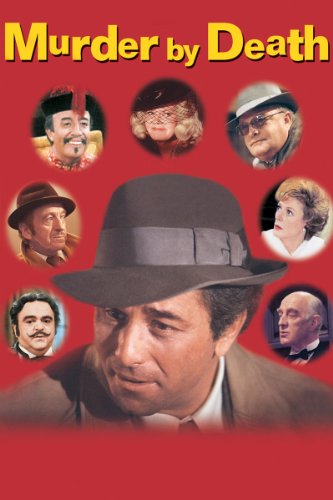 Kambole is a freelance film critic and devout Willennial hailing from the UK. He has contributed stuff for The Guardian, Birth.Movies.Death, and Little White Lies and won't shut up about it. He's also Features Editor over at One Room With a View.

He firmly believes that all films are really Westerns when you think about it, and enjoys tending to his virtual crops when he's not watching films or arguing about them. His first name kinda sounds like creme brûlée, if that helps.  @kambolecampbell