Ahead of this afternoon's Disney+ panel at D23, The Hollywood Reporter has some early – and pretty darn exciting – news: Disney and Marvel are developing a Ms. Marvel series for the streaming platform. Bisha K. Ali, who recently worked as a staff writer on Mindy Kaling and Hulu's Four Weddings and a Funeral series, has reportedly signed on as showrunner and writer for the series.

While a few characters have taken up the Ms. Marvel mantle over the years, the new series will focus on the modern iteration – Kamala Khan, a Pakistani-American and the first Muslim comic book character to have her very own series of Marvel comics. Marvel Studios head Kevin Feige previously expressed interest in bringing Kamala Khan to the MCU after the debut of Captain Marvel, and Brie Larson has said she'd love to see the character featured in the film's sequel. With the development of a Ms. Marvel TV series, that's becoming even more plausible, especially given that the Marvel series on Disney+ will be affected by/have a direct impact on the MCU. Hopefully we'll learn more about the Ms. Marvel series during this afternoon's D23 panel. 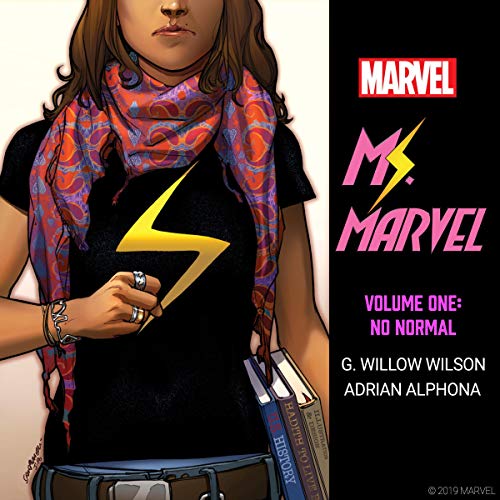