Straight out of the D23 Expo, we’re getting word about two previously unannounced series: Moon Knight and She-Hulk are in the works from Marvel Studios, both to be released on Disney+ sometime in the future.

Moon Knight can be succinctly described as Marvel’s answer to Batman, but with more killing, supernatural Egyptian powers, and multiple personality disorder (now known as dissociative identity disorder). Marc Spector is Moon Knight’s alter ego, a former US Marine and boxer who stumbled upon an Egyptian moon god who possessed Spector with his power. With his new abilities, Spector decides to fight mercenaries and other bad people.

She-Hulk, as you probably guessed, is the distaff counterpart to everyone’s favorite green rage monster. Jennifer Walters is a mild-mannered lawyer who can turn into She-Hulk in times of stress; traditionally her trigger is fear instead of Bruce Banner’s anger. There was recently a great She-Hulk run from Charles Soule that could make for an excellent foundation for a superhero/legal procedural in television form.

No release dates, showrunners, or casting information at the moment. Just the knowledge that a Moon Knight series and a She-Hulk series are getting made, which is honestly awesome enough. 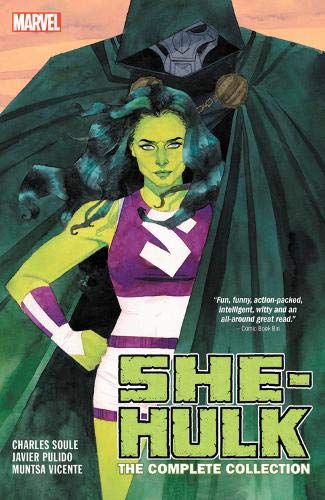 JM Mutore was a carbon-based, NYC-based writer and film journalist. Our data shows he was confined to four dimensions, but through cinema, Frank Herbert, and Octavia Butler, he occasionally found freedom. Remnants of his consciousness can be located on Twitter (@JM3K).