Been a while since we heard anything about Craig Brewer's Coming to America sequel (which still doesn't have an official title but, come on, it's gotta be Coming 2 America, right?), but today brings an update: namely, that Wesley Snipes will be joining the film's cast, playing "General Izzi, the ruler of a neighboring nation of Akeem’s (Eddie Murphy) Zamunda."

Deadline's report also includes a plot synopsis for the film, in case you're only just now learning of its existence:

"In the sequel, Akeem is set to become King of Zamunda but then he discovers he has a son he never knew about in America – a street-savvy Queens native named Lavelle. Honoring his father’s dying wish to groom this son as the crowned prince, Akeem and Semmi set off to America."

Of course, the real question here is whether or not Coming to America needs a sequel, but at this point the answer to that question is neither here nor there. We're getting one, it'll have to move mountains to stand alongside the original, and that's just all there is to it. We're hoping for the best, of course, but ... I mean, you've seen the original Coming to America, right? It'd take brass balls (and no small amount of hubris) to try following that one up.

Anyway, that's where things are at with Coming to America 2. Brewer's Dolemite is My Name, also starring Eddie Murphy, is expected to hit Netflix before the end of the year. 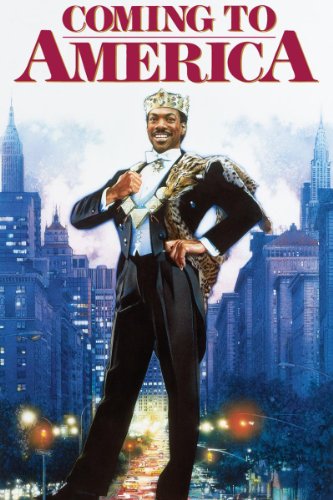