“And the most terrifying question of all may be just how much horror the human mind can stand and still maintain a wakeful, staring, unrelenting sanity.”

The above quote, from Stephen King’s 1983 seminal novel Pet Sematary, is perfectly apt for SXSW 2019. Audiences will be gifted Jordan Peele’s Us on opening night as well as Kevin Kolsch and Dennis Widmyer’s Pet Sematary world premiere on closing night. The festival itself encompasses 131 Feature Films including 100 World Premieres, so the struggle to maintain a wakeful, staring, unrelenting sanity is dead-on ... but that’s also half the fun!

Horror is definitely taking the spotlight at this year’s fest, and I for one could not be more excited. The Midnighters offer a healthy dose of feral children, haunted houses, and extraterrestrial creatures. They’ve also added Michael Chaves’ Latin-American folklore-based horror The Curse of La Llorona and festival favorite Abe Forsythe’s Little Monsters into the mix, as well.

In the age of perpetual Stephen King adaptations, Pet Sematary is obviously on my radar. Personally, I love the book, the 1989 original, and even its polarizing sequel - both directed by Mary Lambert. It'll be interesting to see what cinematic renditions Kolsch and Widmyer have buried in their backyard. To balance out the fright, the Festival Favorites span intriguing political and scientific narratives, punk rock anthems, dark comedies, and even historical accounts with a look back at the Apollo 11 mission.

I’ll be covering the fest again this year and hope to hit as many films as possible. So, if you’re excited about any films in particular, let us know in the comments! Here’s the full Midnighters line-up, if you're interested or attending:

7 Reasons to Run Away (From Society)

Boyz in the Wood

Girl On The Third Floor

After a popular teen has sex for the first time, she finds herself pregnant — with an alien. With no one to turn to but her nerdy ex-best-friend, she’ll have to risk her neck — and social status — to fight the freaky extraterrestrial threat. Cast: Mary Nepi, Gabrielle Elyse, Austin Fryberger, JJ Nolan, Nick Gomez, Ashley Argota, Amy Arburn, Amy Landecker, Rich Fulcher. (World Premiere)

Tales from the Lodge

When a group of old friends spend the night telling stories of murders, ghosts, zombies and possessions they soon become aware of another tale unfolding around them. And this one is real. Cast: Mackenzie Crook, Dustin Demri-Burns, Laura Fraser, Sophie Thompson, Johnny Vegas, Kelly Wenham. (UK: World Premiere)

Attending SXSW this year? See anything up there you like? Sound off below, and stay tuned for more SXSW 2019 coverage in the very near future. 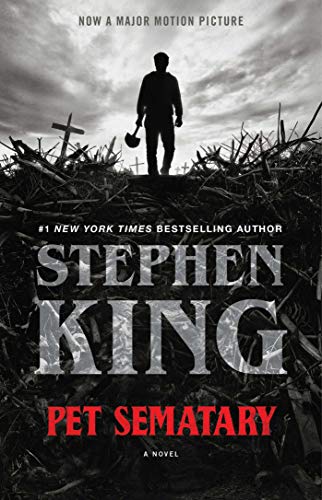 Marisa Mirabal is an Austin-based writer whose work has appeared on Collider, /Film, and Fangoria. She has a penchant for horror, documentaries, and '80s sci-fi movies. When she isn't conjuring up film analysis, she can be found reading, spinning film scores on vinyl, and sipping whiskey deep in the heart of Texas.